A model (computer simulation) of a cross-border energy supply system at Emmen-Haren is being developed, with which the energy scenarios can be evaluated. It includes a basic model, adjustments and evaluations of the model, using various parameters and the concept-focused integration of technologies for storage.

The Hochschule Osnabrück, University of Twente, Agrowea and NAM are working on work package 2.

Concept integration of storage technologies
Energy storage is an essential aspect of the support in the transition to a CO2-free electricity grid. Energy storage systems are important to guarantee the security of the energy production and to distribute renewable energy for the energy supply. The transition to a CO₂-reducing electricity supply is inconceivable without stable and flexible systems that synchronize renewable energy production and energy consumption. Energy storage systems are important for the delivery of flexibility services at all levels of the electricity grid, because they make the transmission and distribution networks more efficient.

One of the options for energy storage – particularly in the area of electromobility – is the lithium-ion battery. The first complete commercial lithium-ion energy storage system, combined with a wind farm, has already been implemented on the Faroe Islands.

Energy as the starting point for the promotion of integral cross-border territorial development
Under the motto “Cross-border Opportunities of the Energy Turnaround”, Agrowea is an integral part of the SEREH project, which focuses on sustainable energy supply within the border region of Germany and the Netherlands.

Through the development of a regional, cross-border energy exchange, with the help of intelligent grid management, the revenue from the regionally produced energy must also stay in the region and possibly also promote the creation of energy communities. The economic factor of the energy supply at affordable prices, which will become even more important in the future, also plays an important role in the project. Because, to combat climate change, marketing tools like Co₂-pricing are not considered as an alternative amongst economists.

A look ahead
In addition to the undoubtedly existing physical, chemical and technological possibilities, it is clearly a question of political will to stop the warming of the Earth by 1.5 degrees Celsius by the end of the century. Currently, both Germany and the Netherlands are still far from the objectives of the World Climate Conference.

Agrowea sees SEREH as a step in the right direction to tackle one of the most urgent challenges of our time at the regional level. The integration of storage technologies in volatile renewable energy sources can be an example of how a market economy can interact with knowledge in a sustainable, climate-friendly way. 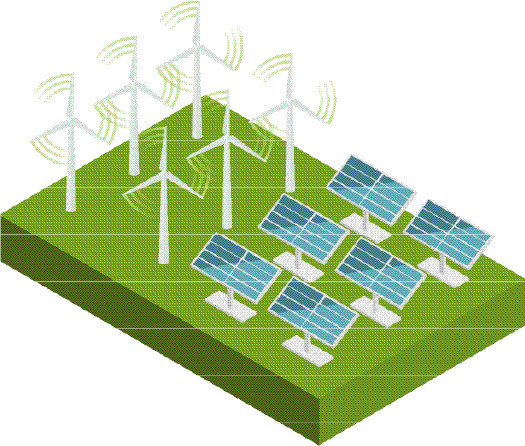